Well, I finally did it. I finished the book that I’ve always dreamed of writing. A book that tried to capture some of the magic of the city that so many have written about.

Venice is my favorite city on earth for so many reasons. It is one of, if not the most, beautiful city in the world. It’s a feat of engineering, a living monument to the tenacity of some humans who said, “Hey let’s build a city out of these swampy islands” and boy howdy did they. It’s a mesmerizing blend of stone and water, light and shadow, hard surfaces and the reflections dancing over them. It is art and music and marble and all five senses coming alive. There is romance steeped into its bones, its bricks, its winding canals, and I have absolutely fallen under its spell. 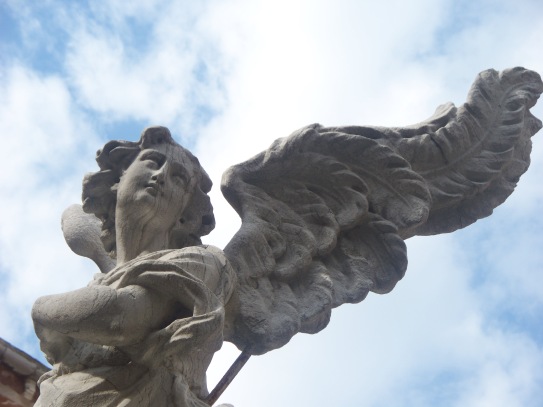 It started back during my undergraduate degree, when I was originally studying archaeology. I was this-close to becoming an Egyptologist, when I began to accept the fact that I’d never pass the chemistry requirements for the archaeology degree, and that I was much more drawn to the history and the objects—and their stories. I switched degrees to art history, still naively believing that if I worked my ass off I could somehow maybe, hopefully, make some kind of living doing something related to art history. I knew the risks, I knew how competitive and underfunded it was, and how little society values the humanities in general, and art history in particular. But I also knew that it was the only thing I was good at, so why not try to go as far as I could in it?

I started looking into study abroad programs, and postgraduate degrees, and knew I wanted to do my PhD someday. But first, I found a summer study abroad program in Padua. I spent most of a summer living with a local family in Padua, and taking classes on the history and art of Venice. It changed my life and set me on the course to where I am today. It also meant I got to study the breathtaking art and architecture of Venice in situ. I’d never experienced a humidity so all-encompassing, or thunderstorms so vicious, but for every intense extreme there was something vivid and beautiful to equal it, like the hushed cloisters, the cool church interiors, the sensuous paintings dripping with jewel tones that seemed to glow from within.

Basically, from the first time I felt the salt breeze off the lagoon, I was hooked.

I was so privileged to be able to experience Venice like I did, and will forever be grateful for that opportunity. That program convinced me to focus on Venetian art history, and I started researching Masters and PhD programs that had Venetian specialists. I ended up studying Renaissance paintings for my Masters, and then Baroque sculpture for my PhD, which I’ve written about in previous posts. 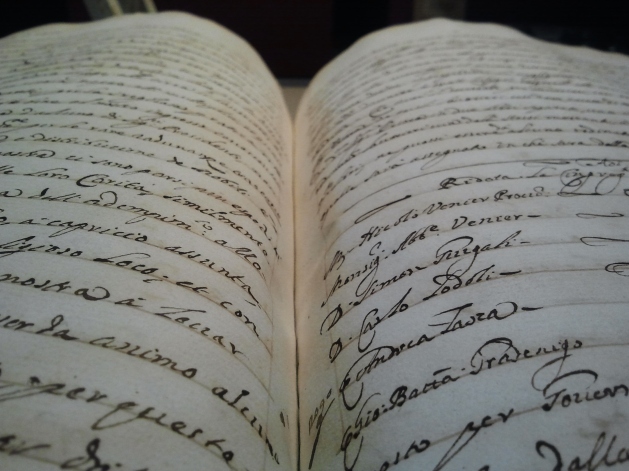 I was so grateful I got to travel to Venice a few times for my research, and at different times of the year, so I could see it in all its glory, whether in the busy height of July, or in the quiet fog of January. My PhD was one of the hardest things I’ve ever done though, and for all of Venice’s maze-like beauty, let’s just say its libraries and archives and bureaucracy are equally disorienting. (Apparently it’s customary for researchers to cry at least once in the bathrooms at the Archivio di Stato, so I’m not alone in that camp.) But my research trips still had so many magical moments, like getting to live in the student dormitory on the island of San Giorgio Maggiore, having an old monastery’s library all to myself, or handling a vellum document from 1452!

But this post is really about my new novel, and where the seed of the idea was planted.

It was actually in New York City.

I was there visiting my brother and his girlfriend, and we visited a free exhibition at the New York Public Library called ‘Love in Venice.’ It featured some incredible prints and books from Venetian publishing houses, which were displayed in a tiny room with seductively tarnished mirrors, some of which were painted with quotations that could only be seen from certain angles. One of those quotations was:

Though Syren-like on Shore and Sea, Her Face

Enchants all those whom once She doth embrace

Nor is there any can Her beauty prize

But he who hath beheld her with his Eyes

And that was it, my imagination was away, dreaming up a courtesan born to dazzle and cause trouble, and an exiled nobleman trying to win his place back in the lagoon city. These two characters danced in my head for a few years, and I’ve written in a few previous posts about how I didn’t really have a solid plot for a looonng time. Until this past March, when I was lucky enough to be furloughed from my job here in London, and I decided to start wrestling the story into shape.

That quotation starts off the book, and gave me the stage name for my courtesan.

With the help of daily writing sprints (with a new writing group I met through #RevPit, and with some London friends who are just starting their first writing projects), I was able to push through the soggy middle, and then wade through to the finish line two nights ago.

The process was a mixture of pantsing and plotting, and thus, plantsing (it’s a word now, it’s fine), with some hardcore detailed outlining for the final few chapters. That really helped me avoid the curse of the blinking cursor, when the words fail and I spiral into impostor syndrome. With a minutely detailed outline, I knew exactly what I was doing next, and could see how it all fit together.

I’ll definitely take a similar approach for my next project, whatever it will be, and I’m excited to start something brand new and completely out of my comfort zone. . .

BUT I also want to return to my trunked-for-now American Revolution novel, with multiple POVs and lots of problems to fix. I used a really detailed outline for that one as well, so I think the major revisions I need to do will require a whole new outline.

For now though, I’m just going to celebrate the win of finishing my Venice novel, during what has been a completely bonkers time. It still needs a lot of work, and I’m genuinely looking forward to diving in to revising it, but I’ll give it a bit of time to rest, and I’ll have another celebratory cupcake in the meantime. I’m proud of it, and how it reflects who I am now. I think it’s my strongest novel yet, and the characters are my liveliest. (That’s what I get for writing a steamy historical romance where the two love interests are a Very Extra™ Leo who takes no shit, and a noble yet sneaky Scorpio. . .)

I miss Venice so much, and this novel has allowed me to travel there vicariously. I definitely want to write more novels set there, so I can’t wait to see what my imagination comes up with next. (Perhaps there’s a sequel in the cards?)

Looking over my old photos from my trips to Venice brings back so many memories, and makes me grateful a hundred times over that I could discover some of the beautiful secrets of the city. 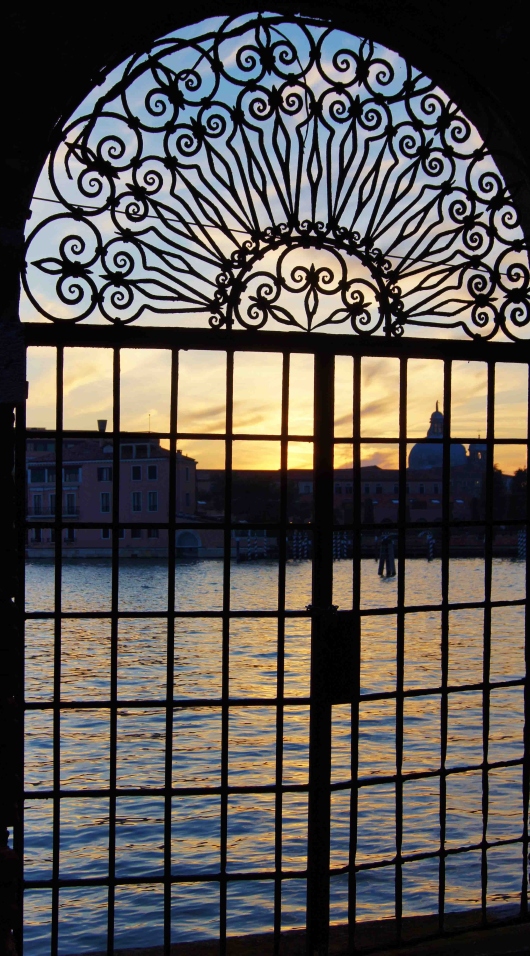 It also makes me grateful that I pushed through and completed it, after noodling over this story idea for years. I hope that whatever you’re working on, no matter what kind of project it is, you can find a way through to the finish line. In this crazy world, where so much is out of our control, or the art and beauty of the world isn’t always valued, it’s so fulfilling to not only create something, but finish it.

Until I can see Venice again, I’ll just have to dream of the sbarlusso light dancing on the underside of the bridges, and the sweet pistacchio gelato from Nico’s on the Zattere.

With lots of love,

Writer and PhD obsessed with Venice, Scotland, the past, and the future. Still working on finding my place in the present... Twitter: @mamcrosbie View all posts by M.A. Crosbie

4 thoughts on “I Finished My Third Novel! aka Venice Book, aka The Courtesan”

Welcome to my corner of the internet where I ramble about writing, books, art, and mental health. Thanks for reading!